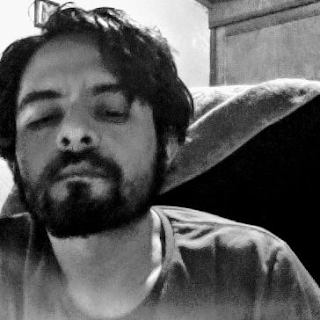 Videographer Arturo “Tafoyovsky” (a pseudonym) (aka Lestat) was an inner circle member of Cicada 3301 (2016-8), their chief of graphics, who defined the visuals of Cicada’s perplexing puzzles during its Middle Period.
Cicada’s Early Period begins with its inception in obscurity circa 2011 and extends to the emergence of Thomas Schoenberger, one of two “head composers” in the order between 2014-5.
Cicada’s Middle Period can also be called the Schoenberger era, as it began with Thomas Schoenberger’s “hijacking” of the order in 2014-5 and ended when Manuel Chavez III (Defango) exposed the secrets of Cicada on May 7, 2018. Cicada as an organization imploded on Schoenberger’s watch: the organization died due to his greed and his mismanagement of Chavez.
The perfidy of Chavez, who infamously blew Cicada’s legendary cover for all time, will be recounted in coming installments in his own words.
The aftermath of Cicada’s collapse is one of schism, with most inner circle adepts now pursuing independent projects. At the time that I publish this interview, some 9-10 former members are contemplating a resurrection. My interviews suggest that Cicada’s Later Period may be gestating. A new puzzle may be released on January 5, 2020.
I am engaged in the massive project of analyzing QAnon as a viral phenomenon, as an ideology and a psyop. Cicada 3301 preceded QAnon. Some of the personalities that initated QAnon were members of Cicada 3301. Understanding their synergy is crucial to understanding both organizations.
This interview is my second in 2019, and the first in a series addressing Cicada 3301. My first interview of the year was with Mr. Paul Furber, the original Q evangelist. That interview, the first in the Q Files, was published on this site on May 18, 2019.
This interview of 11,243 words with Mr. Tafoyovsky was conducted on May 24, 2019. I released the draft interview transcript and its accompanying commentary to him on August 11, 2019, and completed my initial revisions on August 13, 2019. After some minor corrections, he approved release of the final version on August 14, 2019.
As Manuel Chavez III reviewed this interview on his YouTube channel later that same day, he identified errors. These are now corrected. Aside from calling me a “fool” and a “douchebag,” Mr. Chavez’s corrections are appreciated. I also consider the critiques of Ms. Denise Matteau, who uploaded her reviews to YouTube on August 16-8. I thank Ms. Matteau for her kind revisions.
Indeed, I interviewed Manuel Chavez III two days before this interview on May 22: that interview and its accompanying commentary are now gargantuan, comprising nearly 40,000 words and rising. It primarily addresses QAnon, though a central section dissects Cicada 3301 in detail. This Cicada section will probably be extracted and combined with other materials to be published separately.
I do my transcriptions the old fashioned way, by hand and by ear, eschewing automation. While this takes much time, it improves accuracy and makes me intimate with the data. I initially publish only transcribed audio tracks with commentary. I reserve my videos for separate analysis on a later date.
I decided to skip ahead and to break out this interview with Mr. Tafoyovsky before my May 22 interview with Manuel Chavez III as it is shorter, and I rely upon it and other interviews with Tafoyovsky in my overarching project. I also interviewed Mr. Tafoyovsky on April 10, April 14, on multiple days in June between the 9th and the 27th, on July 4, and on August 10 and August 16, 2019. Most of these interviews were on background, they were not recorded, so only gisting transcripts of them may eventually be published.
As will be seen, Mr. Tafoyovsky is not the only Cicada member that I interviewed. Further interviews with other inner circle members are ongoing. The May 22 interview with Manuel Chavez III will be the heart of a book-length Q project. If my other Cicada interviews go well, a separate book-length treatment of Cicada 3301 may be feasible.
This much is indisputable: when I am done, we will understand Cicada 3301 better than ever before. My intention is to rend the veil of the “most elaborate and mysterious puzzle of the internet age,” preserving its constituent elements for history. As a political scientist my focus is organizational: I dissect how the digital order functioned, how it was comprised, what its goals were, and how it pursued them.
Accordingly, all Cicada artifacts acquired in my research are archived on the imperishable blockchain of my LBRY channel @Samizdat. With this interview of Cicada’s videographer during its Middle Period between 2016-8, we begin.
(Sam Scott, “Cicada 3301: The most elaborate and mysterious puzzle of the internet age,” Metro, December 16, 2013; Defango TV (Manuel Chavez III, aka Defango), “News #hongkongprotest #lightwave – Defango TV 8-13-2019,” YouTube, August 13, 2019, timestamp: 1:26:00).
Complete interview with commentary available on Samizdat: