I talked recently with readers on my Facebook rant page about the writer Ms. Caitlin Johnstone (Twitter: @caitoz). Their verdict is that she can be shrill, click-baity, and that she is trying too hard to win eyeballs.

None of those criticisms invalidate her self-analysis, which I mostly agree with, except for her naive faith in socialism. In America, we do in fact have a mixed economy with many socialist elements. As a libertarian Tea Partier I consider the socialist elements of the American state to be its weakest parts.

When market forces are permitted to operate, a Darwinian process ensues which usually yields optimal solutions. It is in our efforts to curb capitalism, to soften it, that we most often err on a macro level. I favor buffering the impact of harsh capitalism on American citizens when necessary, but I also think that we need to let market forces work. This requires balance.

I say this fully witting of my own hypocrisy, as I live on a government Veterans Disability Pension. Without the state, without the US government, I would not be able to feed my family. Nonetheless, as an American, I reserve my right to criticize my government. My rights are enshrined in the Constitution, a document that we too often ignore.

Like Ms. Johnstone, I condemn plutocracy and oligarchy, and I perceive both at the root of the behemoths of Amazon, Google and Facebook. These leviathans control so much of our current reality that I am forced to write these words on my personal website and on Medium, as Facebook artificially suppresses the growth of my rant page and limits the reach of my words.

I have been stuck for weeks with a mere 687 Likes. Really? Sometimes the Facebook Pages software, which I use to administer my rant page, tells me the truth about how many people are seeing my posts. The number does not correspond to reporting elsewhere on Facebook, much less direct observation. This discrepancy feeds my sense that Facebook suppresses some voices, primarily conservative opinions, and God forbid that you earn the dreaded label "alt-right."

An outright pogrom against "alt-right" speakers on YouTube and Twitter is underway, and many have been demonetized, their channels given warning strikes, and an increasing number have been shut down entirely.

Alex Jones and InfoWars on YouTube are treading on thin ice, despite millions of subscribers and millions of views, and it is my hope that Mr. Jones leads the way in suing the pants off of YouTube, which abuses its near monopoly on internet video. YouTube needs to be split off from Google on antitrust grounds, and it needs to be regulated like a communications utility, because that is what it is.


This video by Lift The Veil may be deleted by YouTube at any time. The creator's solution is to post his videos on Twitch and on SteemIt. SteemIt in particular is based on blockchain, and is hence inherently hostile to censorship.

On Twitter, Milo remains persona non grata, as does his sartorial badness Roger Stone. David Seaman has been censored entirely on both Twitter and on YouTube, leading him to take his 160,000 subscribers to his own platform on Fulcrum, leveraging the censorship proof video host BitChute. The problem with BitChute is that blockchain is built for transparency and permanence, not for speed of file delivery, so videos streamed from BitChute can be laggy.

Even on Medium, censorship has begun, with Jack Posobiec, Laura Loomer and Mike Cernovich banned from the platform. The rationale? "Disinformation." I do not know how Medium can claim to discern "disinformation" without applying partisan filters, as was clearly done in their case.

I am obviously well aware of censorship masquerading as something else, and I condemn it. When I am not lazy, I break out rants from my Facebook rant page and I publish them on Medium and my own site at magickingdomdispatch.com. I will soon resume publishing them on SteemIt, as well, another censorship resistant platform using blockchain.

If you are reading these words you know that something is wrong, that the Pravda mass media is wholly suborned, that the corporate concentration of ownership is stoking censorship amid fears that our voices enjoy too much liberty. I do not know how that is even imaginable, as a First Amendment absolutist I defend even the rights of fascists to speak, but when six corporations control 90% of media, we see the consequences. 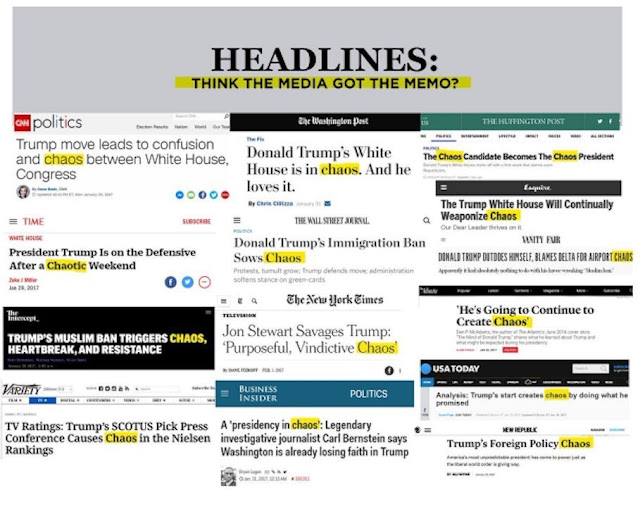 The internet has changed mankind. Our ability to search data and to speak, even when we speak into artificially constrained chambers like this one, is unprecedented, and it contains the seeds of our ultimate liberty or our ultimate enslavement.

Cryptocurrencies are the other great innovation that can change our civilization. Cryptocurrencies at this point are synonymous with the internet: to control them, the net must be controlled, and this is the threat that we must combat every day.

I consider Ms. Johnstone an ally to a certain point, and I feature her writing because it often mirrors my own sentiments. If you do not like our ideas, you are under no compulsion to read me, or to read her. If you read Milo, or Roger Stone, or Jack Posobiec, or Laura Loomer, or Mike Cernovich, or David Seaman, you already notice that it is harder to find them due to increasing censorship.

I hope that you will take the additional steps necessary to hear all those suppressed voices. My rationale is simple: We all can continue to learn until our final metamorphosis at the moment of our death, and hearing alternative opinions enriches our lives. We need to step out of our comfort zones, and we need to defend the free speech rights of all speakers. Mass media is already naked thought control: One person's fake news is another's propaganda.

I appreciate every one of you who read me. I do not take your eyeballs or your consciousness for granted. I am not incapable of change. But at age 57, I have lived a rich life with many experiences, and my views are based on long experience and much reading.

I hope that you will consider what I write, and what dissident voices like Ms. Johnstone and others say, as we live through this amazing time in human history.

Hey Steven, it's Coop. 3 more days on my Facebook ban of 30 days... that's a grand total of 8 jail terms in zuckerville. Great piece here. Ive been reading and following closely throughout all of them and have noticed how YouTube is suppressing my updates and im having to manually look for the usual suspects, lol. I have also watched my friends find most of the information I am reviewing a bit later, which is a good thing and shows me that perhaps this who censorship thing is real and concerted by Google. One heads up I need to point you at is a video done last night by Quinn Michaels, I will post the link. Please send this to the proper authority if you think it's pertinent. See you in a few days on Facebook. JC.

Looks like they harvested a lot of .gov and .mil email addresses.

The velocity of historical shifts in freedom, and potential loss of same, seem to be accelerating significantly right now.

I think Ms. Johnstone is brilliant, personally. Don't agree with her politics on many things, and she seems to lean towards being pretty absolutist about her logic... but voices like that are ESSENTIAL in any functioning society.

Her Sword of Logic is razor sharp. I may not align with what she posits, personally, but her posts have more than once checked my reaction to global information and events. As humans, our values issue forth from our ideals. Ideals help create the construct we think in. If anything... folks who use brutal logic like Ms. Johnstone are terribly absent in western culture and society... we are awash in faux intellectual bullshit in America.

...and now this... censorship of the real mass media... the platforms that the people have used for speech.

It's gonna be one helluva year!