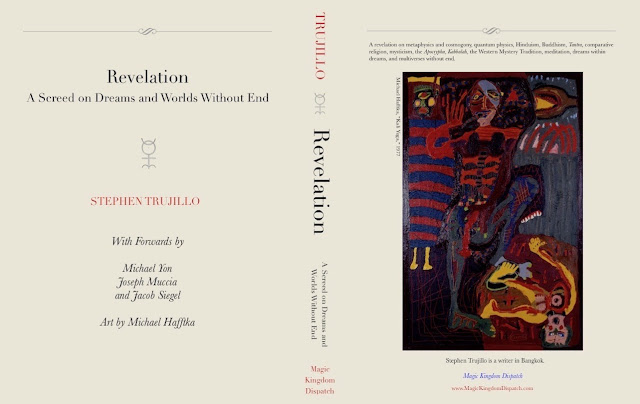 My bro Marty wrote the lone Amazon review that is up on my second book, Revelation, though one reviewer did post comments on SOCNET that were so perceptive that I was compelled to publish them as an article.

The irony is that some will consider this all incredibly vain: I am just selling books, friends. And I give away more than I sell. In the end analysis I am just a writer who wants to write more and who wants to be read.

My SOCNET reviewer prefers not to identify himself beyond his pseudonym, SMP52, the significance of which I happen to know, but his secret is safe with me.

The strange thing is that Revelation outperforms on Academia.edu, where it is available for free download. I wrote a follow up article that hit the top 2% on that site, pushing me into the top 4% of writers there, if only for a little while.

That article and Revelation attracted a global audience, with readers across Europe, in Tibet and Nepal and India, in South America, and throughout the US. This is all supremely satisfying, but there is a Darwinian bottomline for books, and Revelation's sales barely exceed a thousand copies.

It is impossible for me to confirm how many times Revelation was downloaded and read for free on GoogleBooks, on Academia and ResearchGate, or from my website Samizdat. But we can safely estimate that more than a thousand readers across all modalities read it since I released it on my birthday a couple of months ago.

We cannot assume that everybody who purchased Revelation read it. Some surely found it unreadable. I feared as I wrote it that nobody would read it. It is a very different manuscript for me. Still, I was compelled to write it.

Conversely we cannot assume that everybody who read Revelation for free turned around and purchased it. It is human nature to accept something freely given and to think nothing more on it.

It must be enough for me if those who can benefit from Revelation find their way to it. The multiverses do work in mysterious ways, and that is not just a platitude. The book is proof of it.

For eBooks, and for print-on-demand softcovers, I am told that a thousand copies sold is very good. I enjoy no marketing budget and I wield no marketing expertise. I just write my books and then I talk about them until my friends are tired of me.

My recent books are exceptional for me in that I put my birth name on the byline. I published many times using noms de plume. Many of my works will never be connected to me. There were good reasons for using a pseudonym.

In some cases I was motivated by safety. In other cases by vanity. In yet other cases, I knew that an anonymous work or a work written under an obviously fictitious byline would achieve greater traction in the popular mind space than one written by me.

Some may consider it strange, but pseudonymity carries farther and delivers harder. We need look no further than Anonymous for example, or better, at the infamous Q Anon.

Nobody wants Q to be real more than me, but the origins of Q were unassailably exposed on YouTube by Nathan Stolpman of Lift the Veil and grey hat hacker Defango, whose real name is Manuel Chavez III. Defango also blew the cover of Cicada 3301, but he is very much a niche informant: most YouTube viewers do not watch Defango and normal folks never heard of him.

Still, there is enough perplexing coherence to Q drops that the Q phenomenon continues. Many of the Q faithful do not care who Q is, and no matter how you assess Q's Socratic statements, they do make loyalists question and research. For many, this is enough.

Alex Jones claims to know the identity of the authentic Q, but this must be weighed like everything else that master showman says. While early interpreters of Q's gnomic utterances like Dr. Jerome Corsi faded away, successors continue, reaping eyeballs and payments from YouTube.

For myself, Q lost me forever when promised arrests and prosecutions never happened, no matter how much the Q'verse wanted them. When those mythic sealed indictments precipitate convictions, then I will consider once again giving Q the time of day.

Until then, Q, for me, is just entertainment. One more stream of consciousness to consider in a deluge of information, most of it fake, most of it propaganda.

But pseudonymity enjoys a long tradition: too long, really, for this article. I could write a book on pseudonymity in literature. During the Middle Ages and the Enlightenment, publishing could literally be a life-risking endeavor. The Inquisition is mute proof of it. I address the immolation of Giordano Bruno in Revelation.

In antiquity, imitations and commentaries on the classics were written by writers who felt that they would receive broader distribution by pretending to be ancient. Pseudo-Dionysius the Areopagite is an example, and there are many others.

In my own case, for writing that is published under my own byline, I now follow a modern template adapted by JD Salinger and Thomas Pynchon. They both forbade photographs and videos of themselves during their lifetimes.

I promote historical photos of myself. Nothing contemporary. The most recent full face photo that is available of me on the net is circa 2003 in Baghdad, with myself and Ranger brother John Czarnecki and Phil Warner at the FBI HRT safehouse on BIAP.

There are also some profile shots of me taken in Malaysia when I worked with LTC Jack Muth, USMC, at the Malaysian Infantry School in 2005.

When I was interviewed for a Military Channel video on Operation Urgent Fury in 2005, the appearance contract negotiated by my attorney dictated that I must appear in silhouette. This worked gloriously. 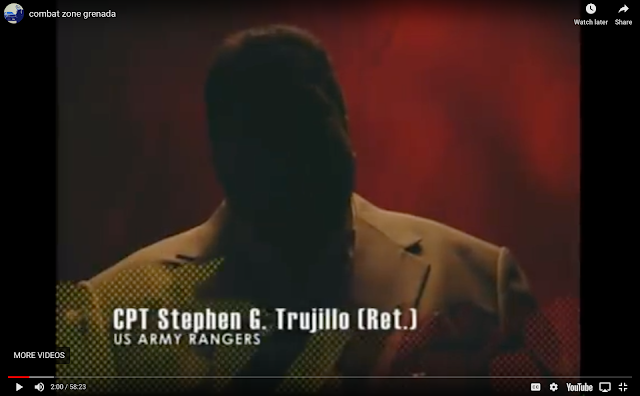 All of this is deliberate. I have been famous, more than once, and fame holds no allure for me. The problem is that it is nearly impossible to maintain visual anonymity in the age of social media. We are photographed and videotaped by iDevices everywhere.

I cherish my ability to stalk the sois of Bangkok in anonymity. I am just an old, fat farang, nobody important. People who encounter me forget me immediately. And that is how I want it.

I prefer that any attention that I attract be diverted to my writing. It was foretold that I will die within the next ten years. I want to be remembered for what I write--not for whom I was photographed with. Not for how I look.

You see, I am not aging gracefully. Maybe this is about vanity after all. But vanity of a different kind. When I write about myself I am also writing about our generation, about the children of the 1960's whose twilight years are already upon us.

It is for fate to decide whether I will succeed. We do not have long left. The clock is ticking. It never stops, it never slows, it is implacable, and it is impervious to all human manipulations.

In the meantime, it will please me if those who possess recent photos of me will embargo them until after my death. Just save them. Release them after I die.

Then it will no longer matter. In the end, we are all destined for oblivion.