America will always have soldiers, and there will always be soldiers, even after America is dust in history books. It is part of the human condition.

American soldiers will go to any war and fight for any cause that their leadership dictates. As we now have a de facto praetorian class, a martial class, an all-volunteer military that is selective about its recruits, we liberate the American people from the inconveniences of a permanent war economy. They do not have to think about it much.

While soldiers fight and die and live in mud, Americans go to Wal-Mart and the movies. I am not the only soldier who came home from combat and experienced the dissonance between war and a homeland at peace. War and peace are a plane ride apart.

Americans dimly sense this, so they say “thank you for your service,” when they really do not need to thank us. Saying this gets them off the hook. They performed their patriotic duty for the day in thanking us, so they can move on to more important shit, like, you know, surfing the mall.

I tell Americans all of the time that there is no need to thank me for my service. It was my honor, and my only regret is that I could not do it longer and harder. That is not just rhetoric. It is true. That is my lone regret.

I do not agonize over whether my wars were legitimate or not. In retrospect, I realize that they were weakly legitimate at best. I do not care, and I did not care at the time. I was a professional soldier. All that I cared about was my own honor and the warriors at my side. All that I asked God for was to be worthy of them and to not let them down. To my everlasting gratitude, He granted me that much. Nothing else matters. Not to me.

Not even the cost that my own service inflicted on me matters that much. My mind and my body are wrecked, no doubt. Those are the stakes. Big boy rules. If you cannot run with the big dogs, you best not try to piss in the tall grass.

Fortunately, we have the Veteran's Administration for those of us who did not die in battle. The VA is imperfect, but the compact between America and her soldiers remains intact, as far as I am concerned. I am grateful for the VA, and I thank those good employees who prioritize veterans over their own bonuses.

Nobody should think that you can go to combat and walk away untouched, assuming that you survive. Make no mistake. You can consider yourself told because I am telling you now: You will pay a price.

I do know that Westphalian nation-states need their soldiers. No country can exist in our current form of civilization without them. Not Costa Rica, not Japan, not Switzerland. Every nation has soldiers and needs them. Fortunately for America, our population is so vast that there will always be enough kids with a wild hair up their ass to keep the ranks replenished. My tribe.

I am under no illusions about my beloved America, and there is no question that Ike's warning about a military-industrial complex came to pass. America is now a country permanently at war, soldiers have gone in harm's way somewhere every year for as long as we can remember. Our war economy likes it when we fire million dollar cruise missiles or $50,000 Hellfires. People get paid. That is America now. It is not pretty. But it is factual. Anyone who is confused needs to go back and read Smedley Butler. The man told no lies.

Some of us have a profound craving to face the ultimate challenge, which is combat. I could not tell you why. I do not understand this, and I have thought about it. Patriotism is not the answer. Patriotism gets you into the recruiter's office, and into Basic Training. For some of us, patriotism sustains us beyond that, but not unmodified. At most, patriotism is a partial explanation. 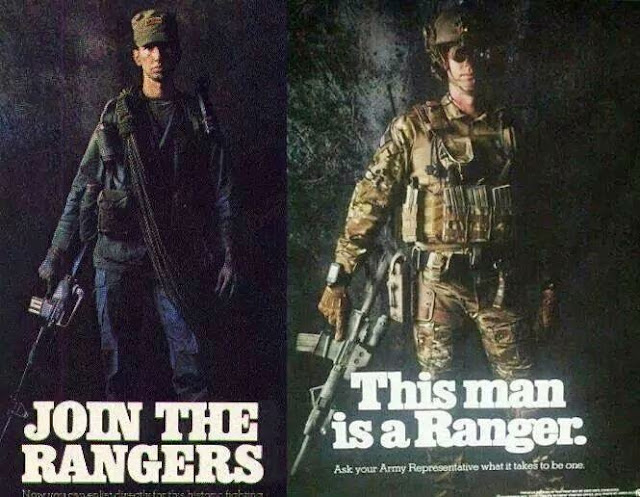 I am not talking about soldiers who do safe jobs. I am talking about grunts, volunteers for elite units, infantry, paratroopers, Rangers, Special Forces. Soldiers in safe jobs happen to wear a uniform while they do it. They can be proud of their service, we do need them, and any one of them can end up under fire, but they are not the teenagers who walk into the recruiter's office and point at the Ranger poster and tell the recruiter that they will settle for nothing less.

Combat soldiers volunteer for combat. When bullets are flying, you are not fighting out of patriotism. You are engaged in a life and death struggle.

Some of us are called to the profession of arms. I do not know why.